just so magical for young children, a wee birthday surprise for our 7 year granddaughter x

We had an amazing visit to aunt Sandras the kids just loved making chocolate people and picking there own sweets to fill it, and the ice cream went down well too was very relaxed and lovely staff x

Kids loved picking all the different sweets and the slushie selection was brilliant. Definitely be back soon

Inside Belfasts Candy And Chocolate Factory 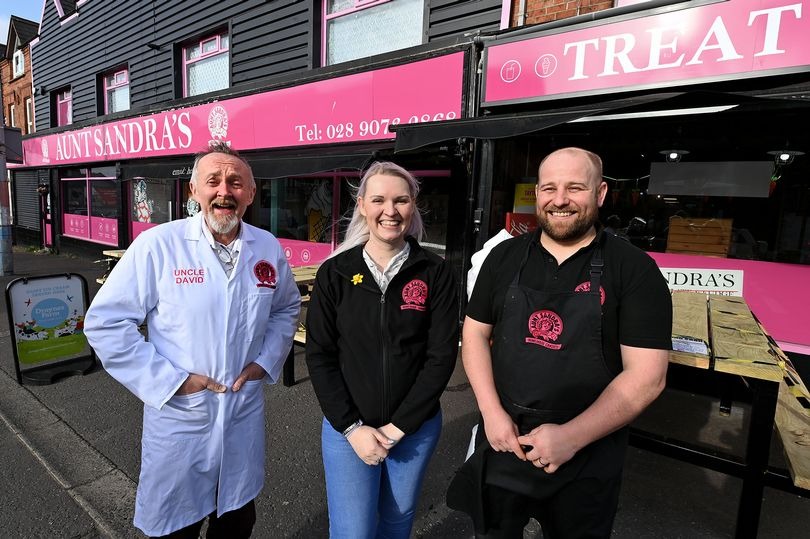 A look inside a candy factory is something that many people dreamed of when they were children - and now you can do it for real.

Aunt Sandra's Candy Factory on the Castlereagh Road in East Belfast, offers you that opportunity - when coronavirus restrictions allow - as you can step behind the scenes and see how they make some of your favourite sweets.

They offer everything from Brandy Balls and Armagh apples to sherbet lemons and Parma violets.

The company is also famous for their homemade honeycomb which is made by "Uncle" David Moore, who has been running the factory since 1981 alongside his brother "Uncle" Jim.

They were inspired to open it by their Aunt Sandra (Lucas) who had been making sweets in East Belfast since 1953 after learning the skill working at a candy making shop on Albert Bridge Road.

The brothers used to love watching her make sweets and she helped them grow the shop and factory into what it is today. 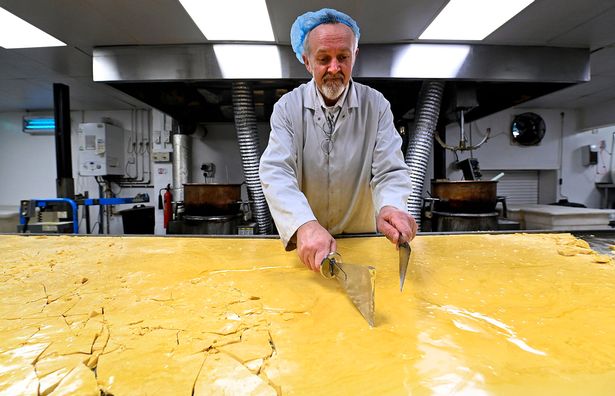 Last year, married couple Kris and 'Chocolatey' Claire Fisher joined the business and have taken over running some of it, particularly the shows and shop.

Belfast Live joined the team in Aunt Sandra's for an afternoon, and they showed us how the factory is split into a few different areas - with the sweet shop, performance area and factory at the rear.

The shop is open for members of the public to purchase their favourite treats and the performance area is where they stage shows and tours (when restrictions allow) and show customers exactly how their sweets are made.

Claire said: "Since we have joined we have tried to put our own wee touches on the business but the sweets and honeycomb are still the same recipes that Aunt Sandra used. 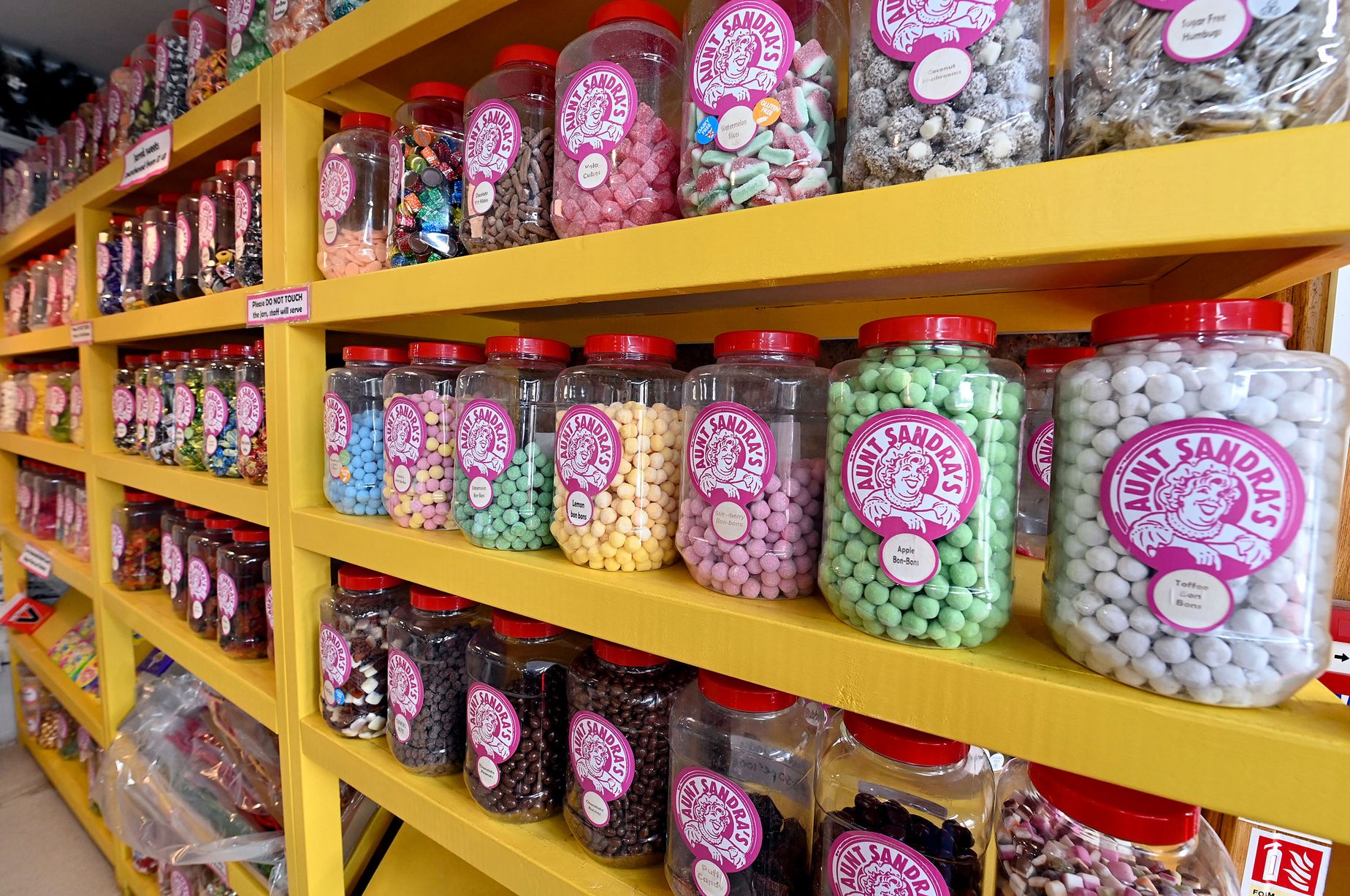 "Uncle David is the chief honeycomb maker and it will amaze you how many different types that he makes, but his Yellow Man is by far the most popular.

"We also make our own traditional boiled sweets, chocolate and fudge, which we supply across Northern Ireland and forms the basis of our tours and performances where we will show you how we make our famous treats."

Kris said that the shows started completely by chance after a Scout group visited the factory and asked to see how some of the sweets were made.

He said: "Originally David and Jim didn't allow anyone into the factory to see how things were made, however a group that was there on a visit had asked if they could see and the pair agreed to it and had a great time.

"Then one week later another Scout group rang them and asked if they could do the same thing and Jim realised they were onto something!"

During the coronavirus pandemic the team have had to put their demonstrations on hold, although they were able to hold smaller ones when restrictions allowed last year. 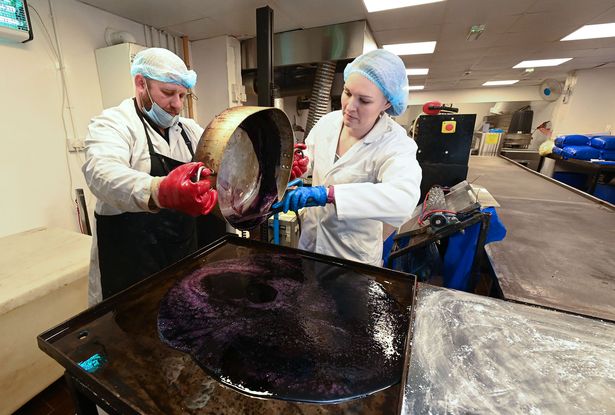 Claire said: "When we were able to do shows and tours last year it was brilliant. It was so much fun seeing the children get so excited about it and wanting to get involved and there is such a buzz around the place when there are people about.

"I am really looking forward to getting back to normal so we can start having people back in here again because you miss the excitement. Kris and I were children's performers before we joined here so there is nothing more that we love more than dressing up silly and having a bit of fun!"

On top of this, Aunt Sandra's is also a large wholesale supplier to various businesses across NI, and their honeycomb will appear in the vast majority of ice cream in the country. They also ship their products across the world via their website.

As the pandemic restrictions begin to lift and more people are allowed inside, they are hoping they can expand the business even further and make it a destination for all ages.

Kris said: "Once we are able to, we want to give our cafe a real push so that people will be able to come here and enjoy themselves for the evening.

"We have invested in our shop so that we are able to prepare some really unique dishes using our candy, honeycomb, chocolate and new ice cream facilities.

"We are looking forward to welcoming everyone back into the factory when we are allowed, but until then please come in and try our truly unique, homemade classic sweets!"